Kiama council just gave the green light for two large parcels of land (side by side) with 2 titles to be developed as one. The council has also indicated they would like to see these lots subdivided into 28+ building blocks. 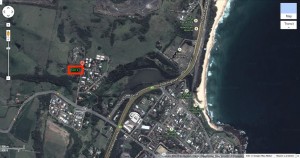 The land is located in the middle of Kiama and only 5 minutes drive to Kiama Town and the Kiama Blow Hole. It has a north easterly aspect and sits on a slope with stunning views over hills which affords a 180 degree view of the Pacific Ocean, Spring Creek Lagoon and Bombo Beach.

This is a large project for myself and my adjoining neighbour. Consequently we’re offering this extraordinary opportunity to property developers prepared to explore this amazing opportunity.

For more details email me HERE

Courtesy of the Illawarra Mercury; 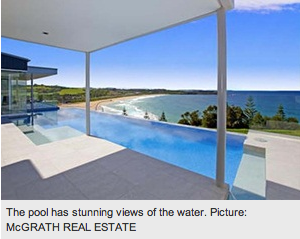 “This waterfront mansion with its own putting green is expected to shatter Kiama’s residential price record after it goes on the market today.

The land alone in Pheasant Point Dr is worth $4million – more than double the price paid for the top-selling house ($1.21million) in the area in the past year.

‘‘Records are calculated annually and I’ve got no doubt this will beat all previous years because it is one of the most outstanding houses I’ve seen in terms of location, design and quality finish,’’ Trever Molenaar from McGrath Real Estate said.

As well as the manicured putting green, the four-bedroom, five-bathroom house has a lift, a butler’s kitchen off the main kitchen, and a turbo gas and electric pool heater to warm the water to 30degrees in minutes.

There are remote controlled blinds, televisions that retract into the ceiling and floor and French kitchen appliances.

Designed by Shoalhaven architects Myson and Berkery, the house makes the most of its headland position overlooking Bombo Beach with every room featuring either an ocean or rural view.

The master bedroom with his and hers ensuites has uninterrupted sea views through wall-to-ceiling glass panels.

The owners, who Mr Molenaar described as ‘‘very private people’’ share their time between Kiama and Port Douglas.

They built the home on two lots each worth $2million a year ago and have not disclosed their reason for selling.

‘‘There is nothing really in this region to compare it with so we will leave the market to assess the value,’’ he said.

He said the residential record for the past year went to 39 Tingiri Cr, which sold for $1.21million.

This property was expected to well exceed that, he said.

‘‘It’s in the elite end of the market which means it won’t go overnight but we know there are a number of people who have money and who are watching and waiting for the right home.

‘‘I can’t see it going to a local buyer … we plan to contact overseas clients in Japan and an expat in Switzerland who may be interested in a property of this type,’’ he said.

Inspection is by appointment.” 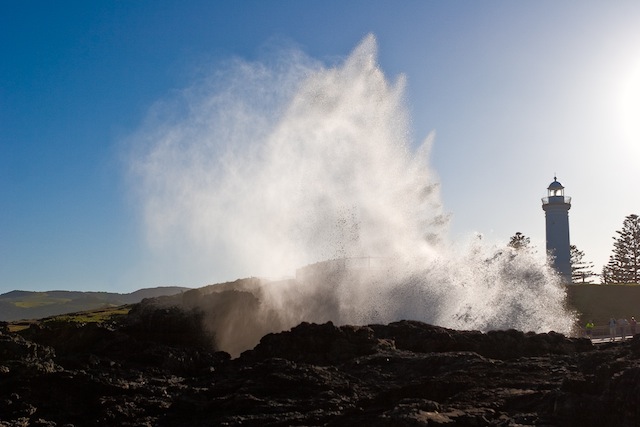 Kiama is a township 120 kilometres south of Sydney in the Illawarra, New South Wales, Australia in the Municipality of Kiama. At the 2006 census, Kiama had a population of 12,286 people. One of the main tourist attractions is the Kiama Blowhole. The seaside town features several popular surfing beaches, caravan parks and numerous alfresco cafes and restaurants. It is the first country town south of Sydney, and attracts a large number of day trippers.

Adam Preston + is a property developer in Kiama